Some weeks back, it was my pleasure to attend my first TypeCon, joined by my colleagues Nicole Minoza and Christopher Slye. While I had attended quite a few type conferences in Europe, TypeCon marked a première for the United States. I had been very much looking forward to attending, not only because the talks promised to be remarkably diverse, but also the list of speakers was impressive.

While I did not attend any of the workshops scheduled earlier in the week, for me, the actual conference started on Wednesday, kicked off by a talk by Jessica Hische, who very joyfully presented a selection of her work, and promised to “advocate for the specializers” (type designers) to clients, who often do not have sufficient insight into that area. I believe she did a very good job in setting off a positive mood for the whole conference.

Another personal highlight of the conference was attending the talk of Ed Benguiat, who introduced almost every single one of his slides with the now-infamous quote: “What is this?” Usually followed by – “It’s type!” 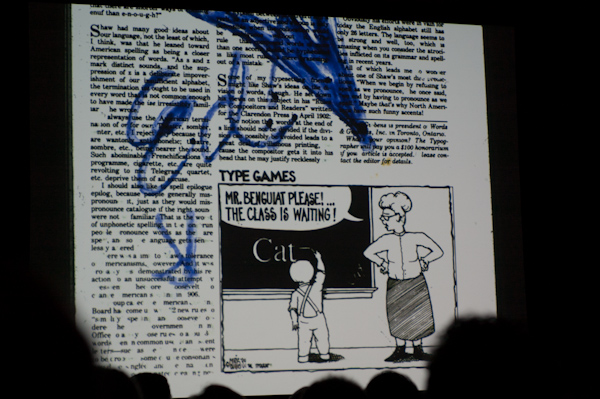 He managed to give an idea of what working as a type designer was like when computers weren’t around, and he also had quite a handful of stories and anecdotes to tell. But Benguiat also has his individual theories on type. When reflecting on readability, he is the proponent of a clear standpoint: “Type should be beautiful — Screw readable!”

The full cycle of presentations started on Friday. I really enjoyed having a single-track program, which generally gave the conference a rather relaxed feeling, and made me not fear missing out on some other talk.

Many of the presentations focused on webfonts. This is not surprising, since it’s an important topic. Thankfully, this factor attracts a lot of attention outside the type community; it seems that the general interest and awareness of type has risen significantly (especially among people like screen- or web designers). So it’s no surprise that one of the more interesting presentations came from the “Butter” trio (Scott Boms, Brian Warren & Luke Dorny), who gave a good impression of how recent developments are perceived outside of the font-producing community.

Some other highlights I will mention were Nick Sherman’s stand-in for David Berlow, who – using the case of the Hamilton Mfg. Co. (a company that was one of the major producers of wood type) – made the point that technology is always temporary, and innovation is the sole key to success. Interestingly, Hamilton Mfg. Co. never specialized on producing only wood type, never even carried the word “type” in their name – and as a result, the company still exists. 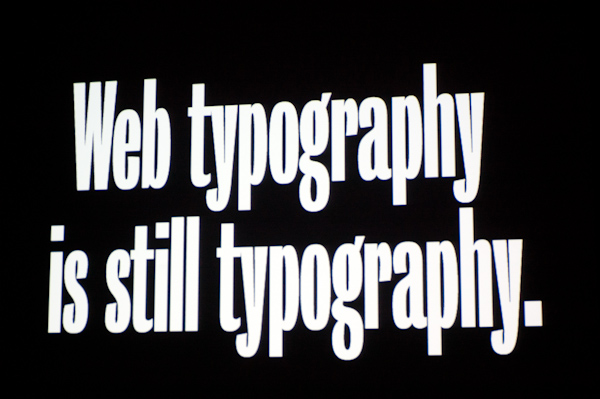 Also, Jim Wasco’s talk on his new typeface, “Elegy”, a TDC2 award winner, was most charming, and a pleasure to listen to. I feel that knowing a story behind a typeface helps a lot with understanding the motivation, and getting to know the designer is even better. 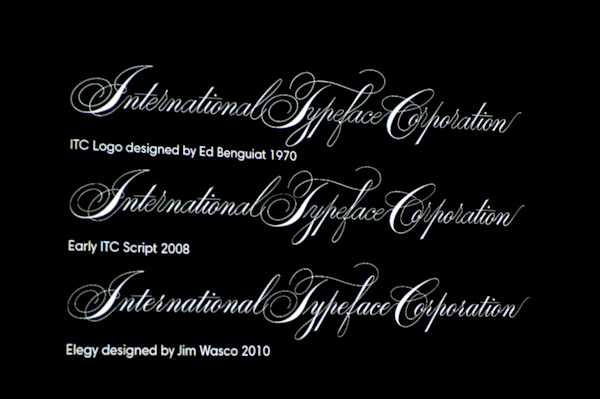 The motivation for Jim Wasco’s “Elegy”

The panel discussion with Matthew Carter, John Downer & Akira Kobayashi was very refreshing. Basically it was a show of three gentlemen praising each other’s work, but at the same time finding tiny remarks and critiques to be made in specific designs. It was very nice to see how much respect they had for each other, and to hear their individual remarks. Also, John Downer’s hand-lettered name plates helped to tell them apart. 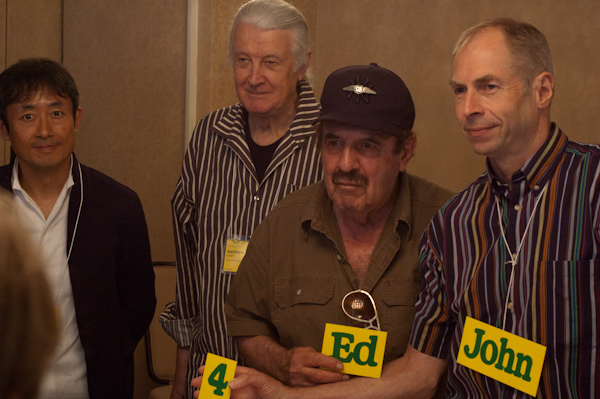 With the conference hotel being right on Bourbon Street, it was easy to experience the talks and the unique New Orleans city life alike. The setting was just perfect, and the steamboat cruise on Sunday was an especially nice round-up to the conference. 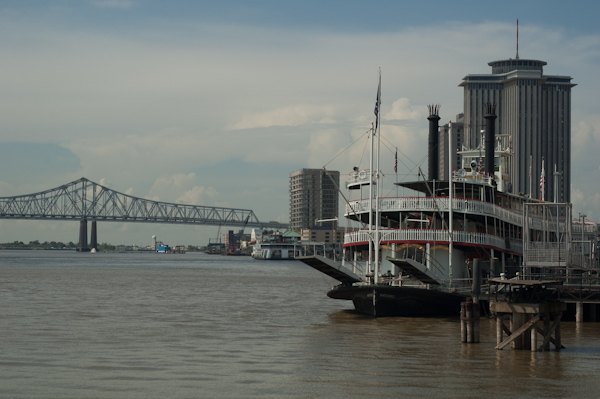 Steamboat Natchez on the Mississippi

In all, I had a really great time at TypeCon 2011. I enjoyed the atmosphere, and got to know a whole lot of new people. In addition, I learned something, and I guess that’s just what type conferences are for. Congratulations to SOTA for organizing that successful event. I hope to come again next year!