In the early twentieth century, Morris Fuller Benton designed Alternate Gothic — a condensed counterpart to the historically popular Franklin Gothic. Today, we’re glad to bring his newsworthy legacy to the web, in Alternate Gothic Nos. 1 D, 2 D, and 3 D from URW++. All three widths of Alternate Gothic are best used at large sizes, and we serve them optimized for such use. So the need for a compatible text face is inevitable. Let’s consider a few options. 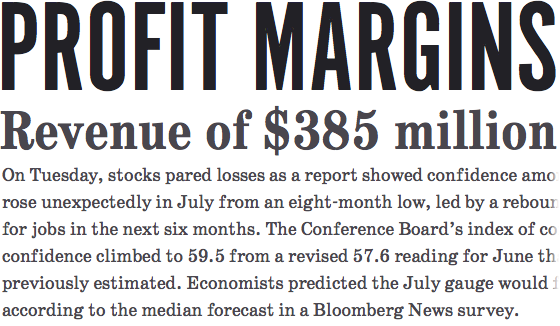 ParaType’s SchoolBook is based on a version of Century Schoolbook, another typeface by Morris Fuller Benton. It shares Alternate Gothic’s early American roots, and the family has a couple of condensed styles, too. These two typefaces have a storied history in twentieth-century commercial printing. 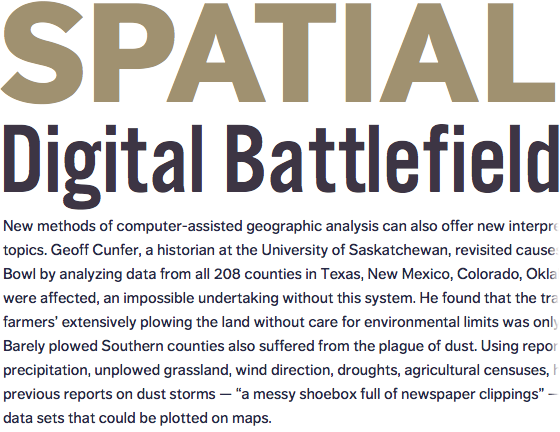 FF Dagny was released by FontFont in 2009 and is based on a typeface commissioned for Sweden’s largest daily newspaper. It shares Alternate Gothic’s rhythm, compact descenders, and sharp corners, but its round letters feel more natural. It’s newsy, but comes from a different cultural and historical perspective than Alternate Gothic.

Or perhaps try something quite different, based entirely on visual compatibility and contrast. When paired with Alternate Gothic for headlines, Adobe’s Chaparral echoes the old timer’s dusty workroom aesthetic, while its heft and spring set an inviting tone beneath Alternate Gothic’s stoicism.

Upgrade to a Personal Plan or higher for access to the three widths of Alternate Gothic. If you’re already a paying Typekit customer, enjoy the new fonts! If you’ve never given Typekit a try, sign up — it’s free! Upgrading is easy, whenever you’re ready.