Adobe Originals has just released Minion 3, a significantly expanded update to one of Robert Slimbach’s most celebrated typefaces. 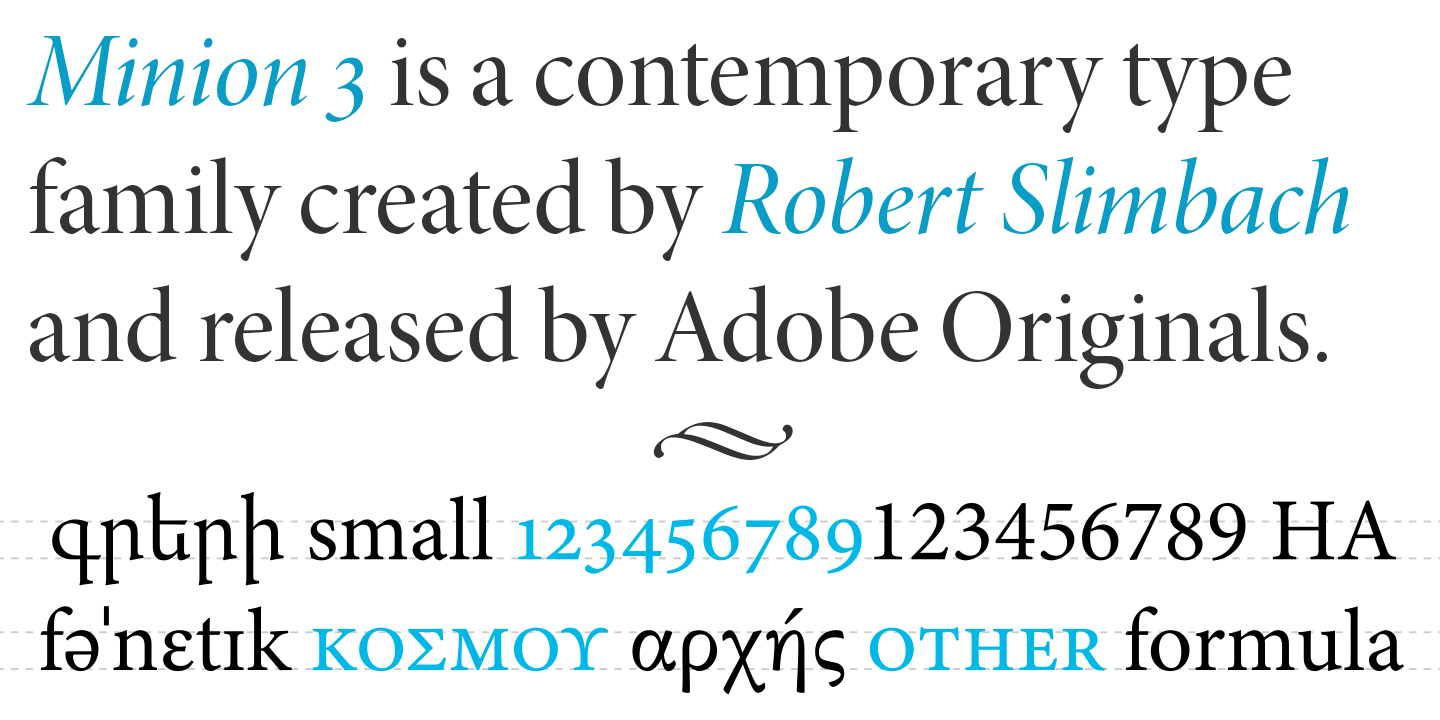 Originally released in 1987, Minion was one of the first typefaces Slimbach worked on at Adobe and was quickly acclaimed by typographers and book designers for the deep attention paid to typographic detail. That intense focus on detail hasn’t changed with Minion 3: this version introduces new scripts, expands Latin coverage for African languages and IPA (International Phonetic Alphabet), and includes optical sizes.

Make subtle (or drastic!) changes to type specimen size and weight in the live preview, and flip between different scripts to explore the full range of Minion 3 on the exhaustively detailed website.

We worked with designer (and Typekit alumnus) Elliot Jay Stocks to build a website that would do justice to this typeface. The website team worked hard on an interactive type sample page where you can swap scripts and adjust sizing and weights to see the full range of the typeface. Minion’s 30-year history gets a complete study from type historian John Berry, delving deep into the details that make Minion what it is today. 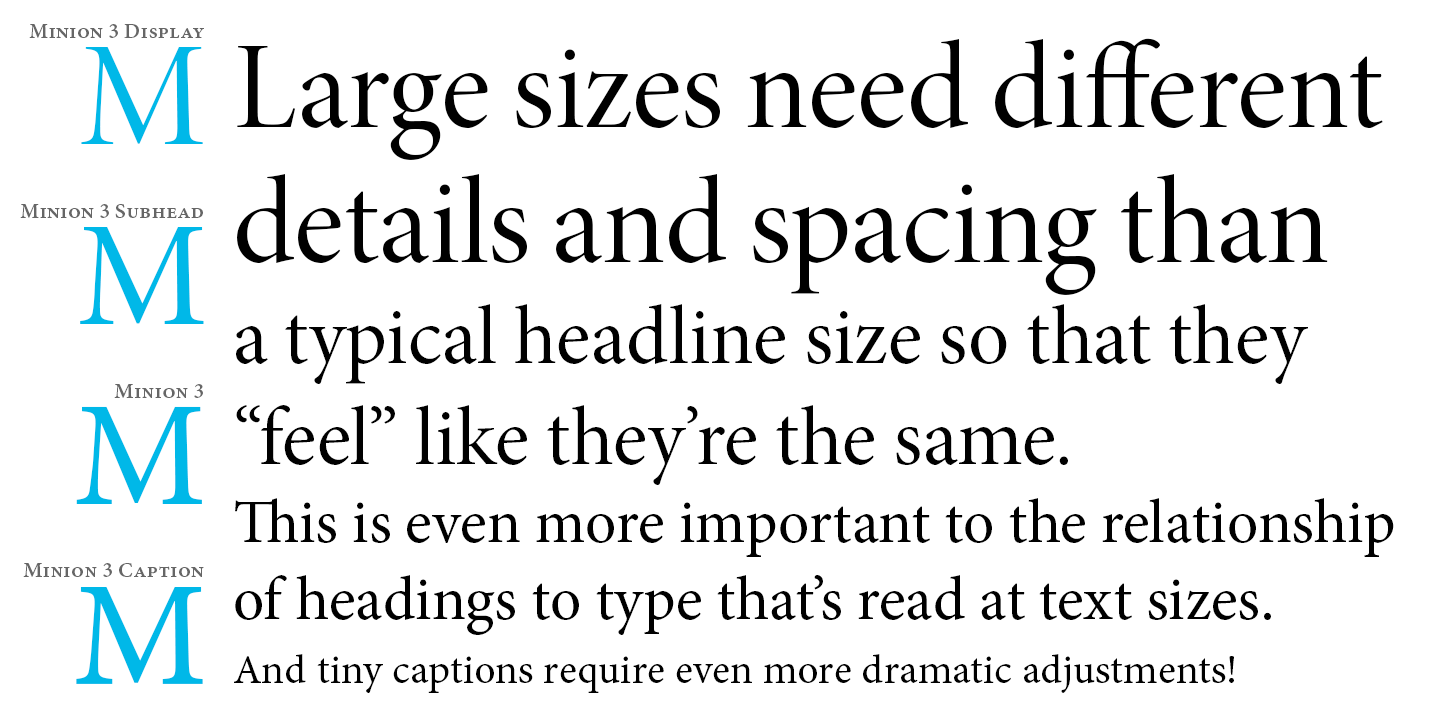 As you explore the website, don’t miss the one-of-a-kind interview between Robert Slimbach and renowned typographer Robert Bringhurst. The transcript is the result of hours of conversation in August 2016 at Adobe headquarters in San Jose, and a rare opportunity to learn from both great minds.

We’re offering all weights of Minion 3 for web and sync on Typekit, along with the Display, Caption, and Subhead styles, and you can buy perpetual licenses for any of these fonts from Fontspring.

Catch these Typekit speakers this spring