Catching up with Graphic Means

Graphic Means premiered almost a year ago and we definitely enjoyed presenting a handful of the roughly 100 screenings in 17 countries around the world. A recent tour of the UK included stops at St. Brides Foundation, Royal College of Art, and London College of Communication.

The film returns to the Bay Area this week for screenings at San Francisco State University on March 27 and California College of the Arts on March 28, so we caught up with director Briar Levit to reflect on the past year and hear what’s next. 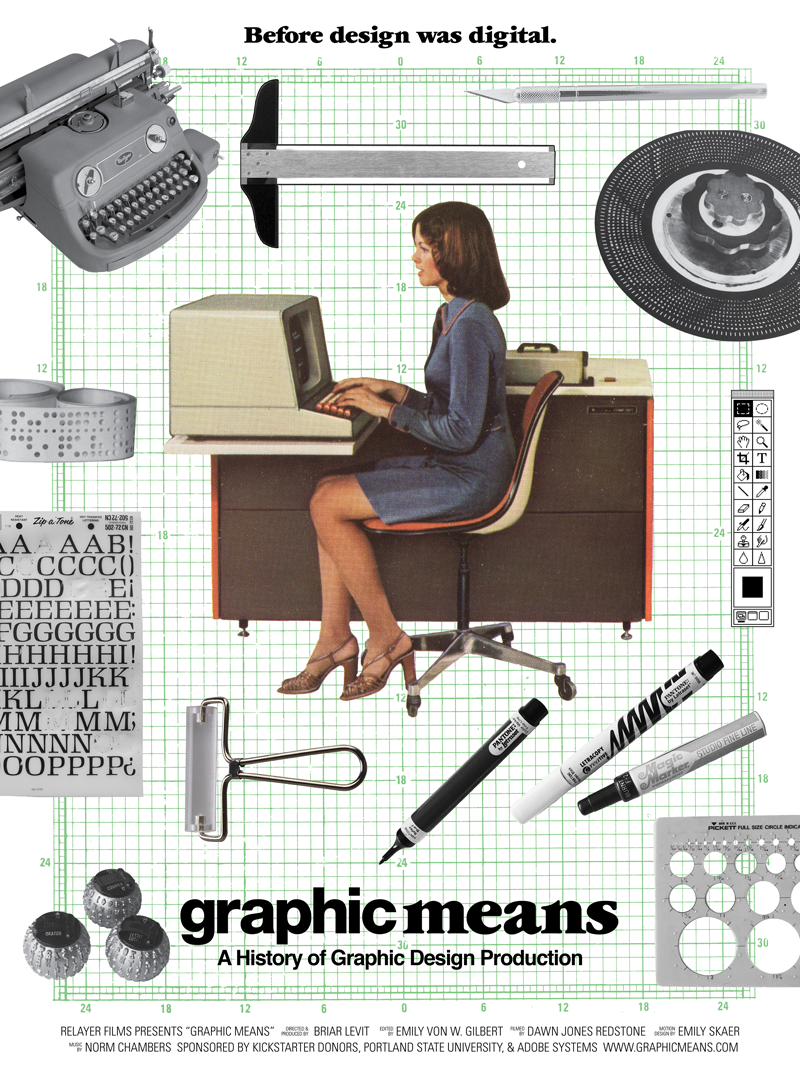 You did the project as part of your position at Portland State University. What has the response been at PSU?

PSU has been incredibly supportive of my work. Ultimately, this has been the bulk of my research which supports the lead-up to my application for tenure. I submitted last Fall and should hear back later this Spring!

Have you been contacted by people you hadn’t heard of before the film who shared their personal stories?

Absolutely! Many people send emails to say that are so happy to see their story up on the screen, whether it’s paste-up, or typesetting or desktop publishing.

Do you have any “where are they now” updates about the film’s stars?

So many of the folks in the film are super stars who are constantly making amazing work. Adrian Shaughnessy and Ellen Lupton have books out right now, Tobias Frere-Jones’ foundry just released a new typeface. Letterer Gerard Huerta will be teaching a workshop through TDC that I would love to take if I could. And sadly, Walter Graham, the master of paste-up, passed away in January. He was 94.

Do you have any updates on Graphic Means: The Book?

It’s just in the beginning stages right now. I have one more term before I have a year of sabbatical to work on the book. I can’t wait—there are lots more stories to tell, and simply more details to the one I told with Graphic Means.

The soundtrack is available for purchase and will also be available on limited edition cassette tape with riso-printed cover soon! Folks may also be interested to check out the Graphic Means shop for some fun stuff.

In addition to San Francisco, upcoming screenings include Design Week Portland on April 18 and TYPO Berlin in May.

Graphic Means is currently available for educational purchase and will be released to general audiences later this year.

Typespotting: Laundromat mural in the Mission