In order to choose appropriate typefaces to set beautiful passages of text, it helps if we have a baseline for what constitutes ‘appropriateness’. The art and science of choosing a great typeface is in the details, and demands that we attempt to understand the fundamental building block of typography: a letter.

In his book The Elements of Typographic Style—a book I consider to be a must-read for any student of typography—Robert Bringhurst begins with this powerful phrase:

If ever there was one sentiment to summarize everything ever written about typography, this is it. Some content shouts; other content whispers. Similarly, some typefaces shout while others whisper. Letters—and, by that, I actually mean glyphs—and the differences among them are what make this possible.

The right configuration of letters within the right combination of words set in the right typeface or typefaces sends the clearest messages. To see this in action, who better to study than the masters of letters: logo designers!

Perhaps the most pervasive example of a logo that demonstrates such a command of letters is the FedEx logo, designed by Lindon Leader. At first glance, it appears to be a standard employment of Futura Bold. However, upon closer inspection, it’s very clear how masterfully the letterforms were modified to create the desired shapes, most famously the arrow hidden between the “E” and the “x.” 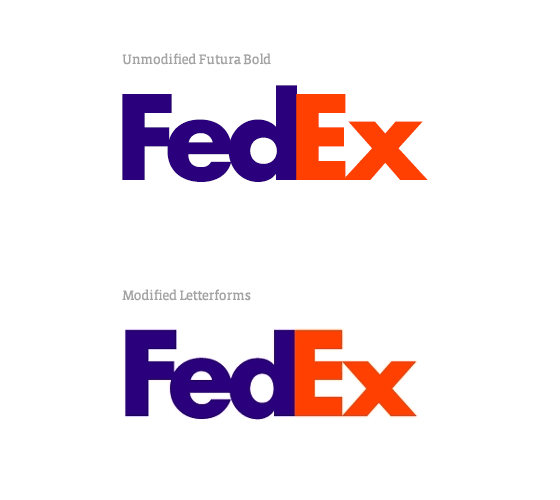 Some of my favorite logos were created by the late Herb Lubalin. To call him a master of typography is an understatement. He’s created some incredible pieces of design: 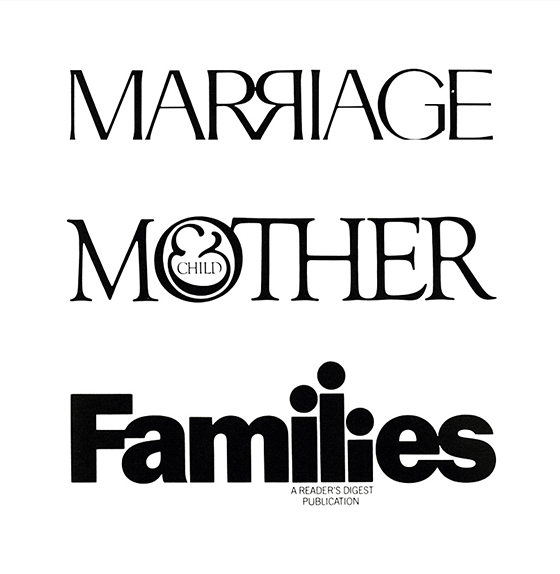 Looking at and extrapolating from great examples can teach us some very useful lessons. Have a look at this beautiful logo by Volkan Eksi: 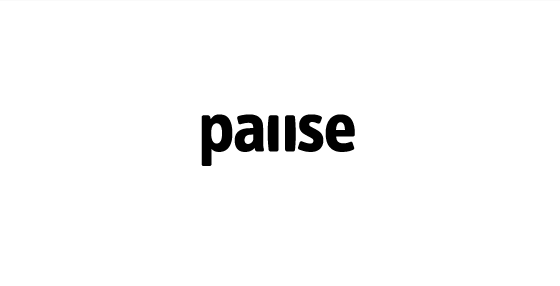 What a great balance of conceptual thinking without compromising readability! Why does this work so well?

Let’s look at two variations that might make this clearer. As quickly as you can, try to read each version aloud: 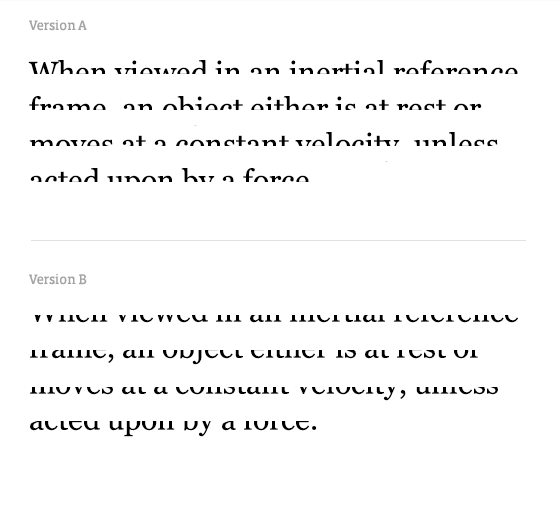 I’m betting version A was easier to read. (If you thought version B was easier, you probably have some special talents that you should be profiting from!) Version A is easier because the tops of English words are easier to read than the bottoms.

(For reference, here’s the full text.)

This demonstrates a valuable lesson: when modifying letterforms, it’s safer to modify the bottom than the top in order to preserve legibility. The shape of a word—which we’ll get into in just a minute—is generally more unique at the top because there’s more variation in ascenders and majuscules; keeping the top intact preserves that uniqueness. Notice that all of these great pieces of lettering have most of the ornamentation and variation at the bottom rather than the top.

Let’s look at another example that makes a different point about readability: 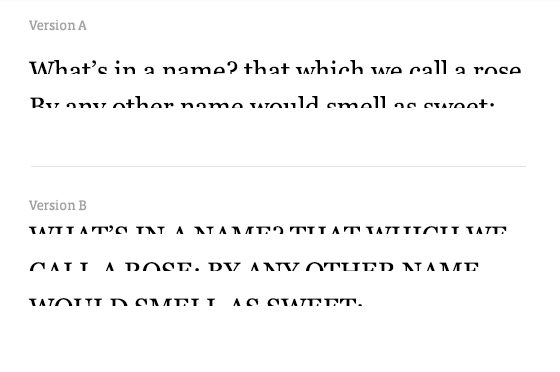 Version A again! (Seriously, you version B-ers really need to join the circus or something.) This one tells us that mixed case is easier to read than uppercase. The reason is because we don’t read individual letters—we react to the shapes of words. Years of reading have gotten us accustomed to what words actually look like. Uppercase text creates more rigid rectangles, decreasing readability because we lose more of the shape of the word. 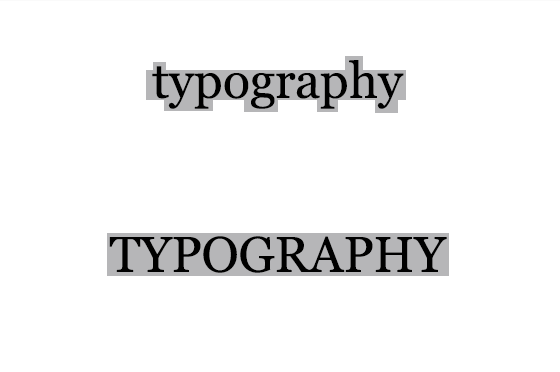 You may have seen an article passed around a while ago about readability. “Aoccdrnig to a rscheearch at Cmabrigde Uinervtisy, it deosn’t mttaer in waht oredr the ltteers in a wrod are, the olny iprmoatnt tihng is taht the frist and lsat ltteer be at the rghit pclae. The rset can be a toatl mses and you can sitll raed it wouthit porbelm. Tihs is bcuseae the huamn mnid deos not raed ervey lteter by istlef, but the wrod as a wlohe.”

The reason you can still read this relatively easily is that the word shapes generally don’t change. It’s no coincidence that words whose shapes change drastically are the most difficult to read. 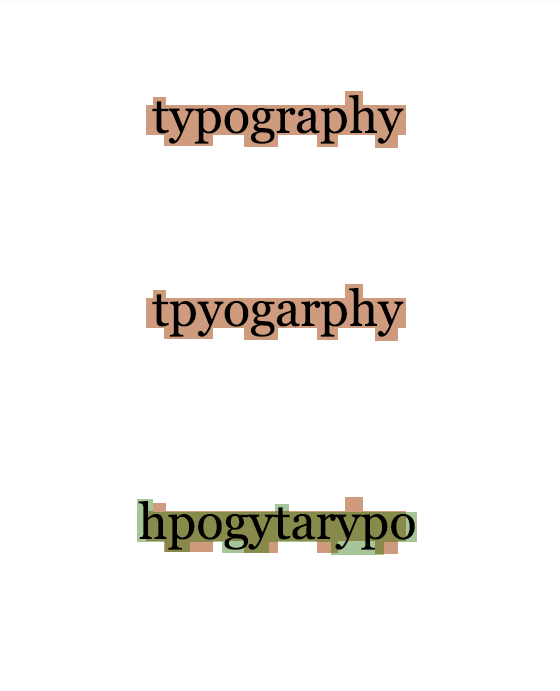 So, back to the Pause logo we previously discussed. Why does it work so well? 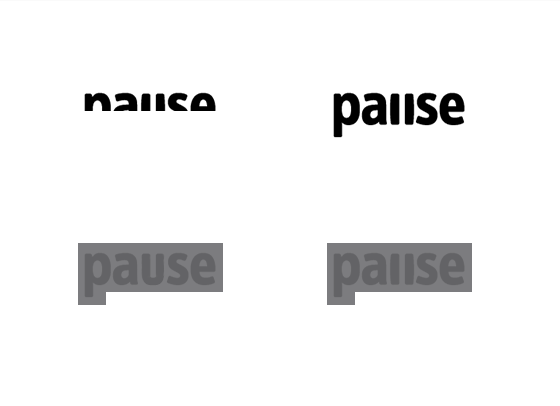 You can catch Dan talking more about typography at his full-day workshop at Smashing Conference.

Dan Mall is the Founder & Design Director of SuperFriendly, a design studio that makes brave sites and apps for screens of all sizes. Dan is the co-founder of Typedia and The Businessology Show.

Sites We Like: Trask Industries and Tech Writing Handbook