Changes on the Adobe Type team

At the ATypI conference in Warsaw last week, many of you learned about an important milestone achieved by one of our most valued colleagues. David Lemon, who has led the Adobe Type team for nearly 30 years, is retiring early next year. 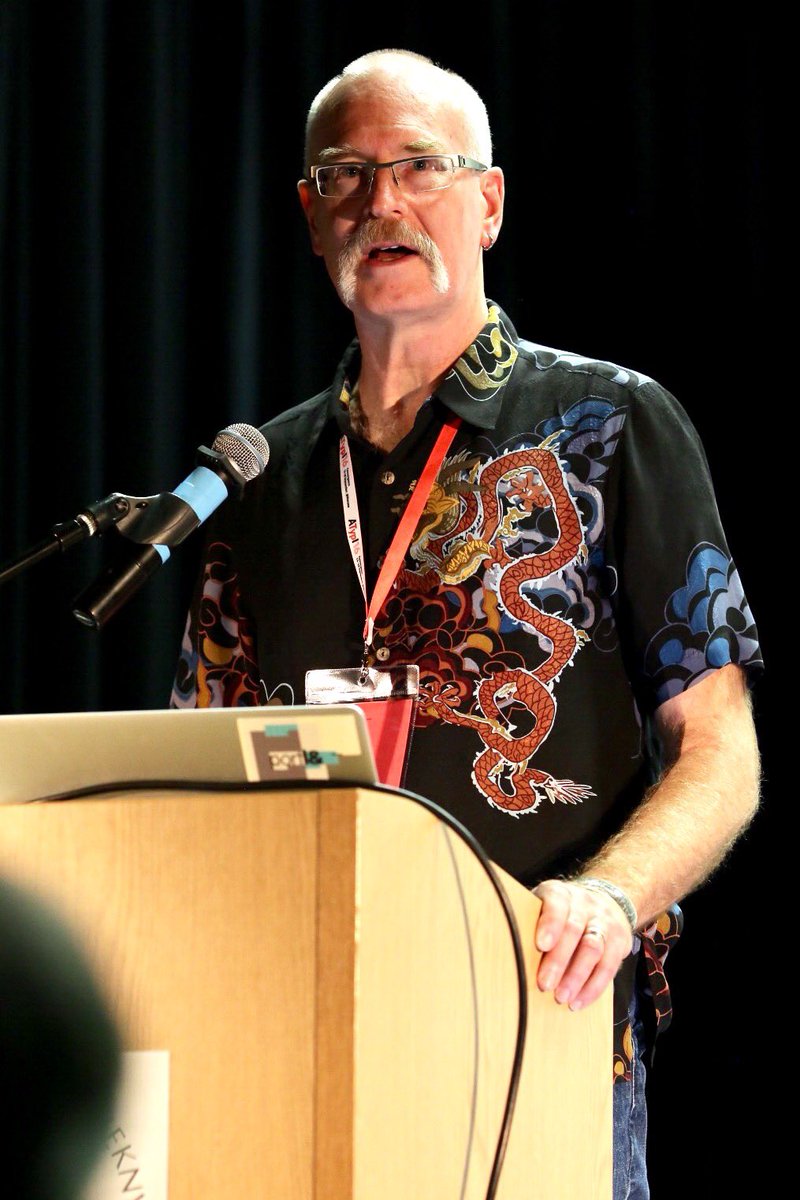 David is the individual who is most responsible for the incredible range of innovations that Adobe has contributed to the digital type industry. He’s also been a key contributor to the OpenType 1.8 variable fonts initiative, launched at ATypI last week.

On behalf of all of the people who make up the Adobe Type and Typekit teams, I want to thank him for all he’s done, for everything he’s taught us, and for his extraordinarily kind, collaborative, and patient spirit. In the coming months, I’m looking forward to sharing more with you about the contribution he and his team have made to Adobe and to the type industry as a whole.

I couldn’t be more pleased to introduce Dan Rhatigan as the new Senior Manager leading the Adobe Type team. Dan has joined my team at our New York office in Union Square. He and David Lemon will be working closely together over the next few months to collaborate on future plans for Adobe Type, right up until David formally retires in February.

Dan has been a designer and typographer for about 25 years, with several popular faces to his name (including Clear Sans and Sodachrome). In his recent work at Monotype, he has been a champion of quality in type and an advocate for his fellow type designers. We’re ecstatic to have him heading up the Adobe Type team — especially during this current period of enormous typographic developments.

While I was away in Warsaw, I did an email interview with Dan, in hopes of helping you all to get to know him a bit better. I think Dan’s answers in this brief interview say a lot about his perspective, not to mention the fascinating issues that come up for anyone working in the type industry today.

Q: Can you tell us a little bit about how you first became interested in type and typography?

I joined my high school’s newspaper staff hoping to draw cartoons, and started out helping with graphics for special features. The paper had a bunch of Letraset and a Kroy typesetter for making headlines, and working with those was the first time I consciously realized that you could choose and combine and arrange different styles of letters to affect the personality of what you were making. It was a slippery slope after that.

Q: Tell us more about your career in the type industry after high school.

I went to Boston University to study art and then graphic design, which is when I really started learning about the practice of typography. I did a bit of graphic design work after that, but then took a job with the university as a typesetter, just when the in-house design studio was making a transition to desktop publishing tools. All in all, I spent about 15 years bouncing back and forth between graphic design (printed stuff, mostly) and pretty intense scientific typesetting and book layouts, plus a fair bit of teaching design and typography. About ten years ago I decided to go really deep into the world of type, and I quit all my jobs in New York and moved to England to get my degree in typeface design at the University of Reading. That one incredible year really changed everything for me, and eventually led to a design research project at Monotype in the UK, which in turn led to a job as a type designer there — and later on as a type director doing a lot of custom typeface design and historical research.

Q: What are some of the most important things happening in the type industry right now?

Happily, there’s quite a lot. The demand for a wider range of well-made typefaces for the many, many languages that don’t use the Latin alphabet is growing rapidly. Here in the West, where we are spoiled for choice when it comes to typeface style, designers in many fields are realizing that type is more than just a visual part of their work, and that font software can be a more sophisticated component of that work than they’d realized. And more people are designing and publishing their own type than ever before — just when more people are using fonts than ever before — and it’s tricky to navigate such a diverse, crowded marketplace.

Q: If you could require that every design student on the planet be taught one thing about type before they graduate, what would it be?

Typography isn’t about choosing a name in a font menu. Really, it’s about learning to understand what a specific typeface contributes to your design work once you begin to test it and explore its possibilities.

Q: What made you decide that you wanted to join up with Adobe, and what are some of the challenges you expect to face in your new job?

I genuinely adore the people working on type at Adobe, many of whom I’ve known for years, and they’re just the people I’d want working on all those big challenges in the industry that I just mentioned. Honestly? I think my biggest challenge is going to be keeping up with such a smart bunch, and making sure that whatever I can add to the mix helps us all do even cooler stuff.

Q: Would you share with us two or three of your favorite lesser-known independent type designers — whether they’re on Typekit or not?

Underware and Typejockeys are both personal favorites of mine, whose typefaces are loaded with charm. Also, Rosetta Type Foundry is making beautiful, significant contributions to the world’s typographic palette.

Many thanks to Dan for taking time with these. Please join us in giving him a warm welcome to the team!

And thank you, David, for everything you’ve accomplished. It’s impossible to imagine where Adobe Type would be today without all you’ve done over the years. You have a great deal to be proud of. 🍋