Passing on the FDK Workshops Torch

Since 2008, and almost uninterruptedly, I have been visiting two well-known type design schools every spring, to deliver a 3-to-4-day workshop on font production and the Adobe Font Development Kit for OpenType (AFDKO)*. Today, I would like to announce that my colleague Frank Grießhammer is taking over that responsibility starting this year. 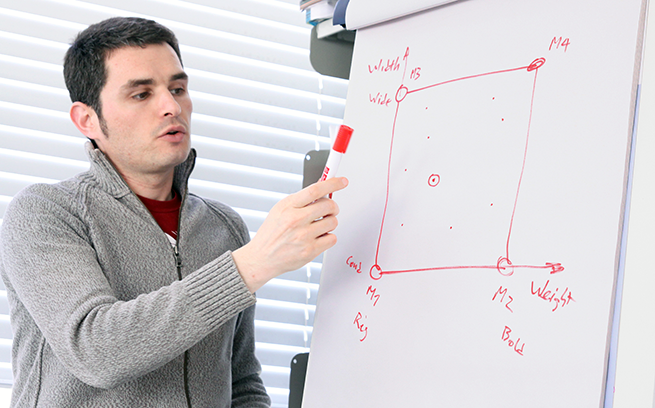 Miguel during a workshop at Reading. Photo by Ben Mitchell

Frank is a graduate of KABK’s Type and Media program, he has recently celebrated his third anniversary at Adobe, and was one of the attendees of the workshop back in 2010. He always likes to point out that his interest in regular expressions (a.k.a. GREP or regexp) was sparked by a tiny example I mentioned at the workshop. I would never have imagined that.

He is a very talented type designer and programmer, and I know he is well qualified to answer any technical and design questions that the students will have. I have full confidence that Frank will do well and that the FDK workshops will continue to prosper with him at the helm.

How it all started

I was a student of the MA in Typeface Design at the University of Reading in 2004-2005. That year the class was small, only 4 full-timers, as opposed to 12+ in most recent years. None of us had that much experience at making fonts, let alone using the FDK tools. My classmate Ben Kiel was the only one brave enough to venture into Python and Robofab. He selflessly never shied away from helping the rest of us with his magical scripts, which regularly turned hour-long tasks into actions only seconds short.

But despite Ben’s skills, we were all quite clueless about how to build a release-ready font file. We were basically dependent on the whims of the font editor, and, whenever it would complain about something, we often had to scour the web looking for an answer. (This problem-solving process isn’t much different from what developers do nowadays, but keep in mind that Twitter and Stack Overflow had not been invented yet).

Fast forward to April 2006, I was hired by Adobe to work on the Type Development team. During the hiring interview I revealed that I knew about the FDK toolkit, but had never used it. I was, however, a regular contributor to Typophile’s Build forum, had taught myself Python since graduating from Reading, and was proficient in web technologies (HTML, CSS, JavaScript, PHP, MySQL).

Upon joining the team, I received extensive training on the internal processes and tools, and of course, the FDK was the main focus. After several months using it on a daily basis, I realized that these quite powerful tools were actually not that difficult to install and to run; one just needs a bit of handholding and shepherding through the initial learning hump, but after that it is pretty much straightforward. If I had had even a fraction of this help while at Reading, I’m sure I would have explored the FDK tools myself.

And that’s when it hit me! By now I knew enough about the tools that I could show type design students how accessible and useful they were. I pitched the idea to my manager, and he gave me the green light to reach out to the schools. And they were delighted with the proposal. The rest is history: five sessions for the Type and Media students at the Royal Academy in The Hague, five sessions for the Typeface Design students at the University of Reading, and one session, last year, at the atelier ZeCraft, near Paris, for young type professionals. 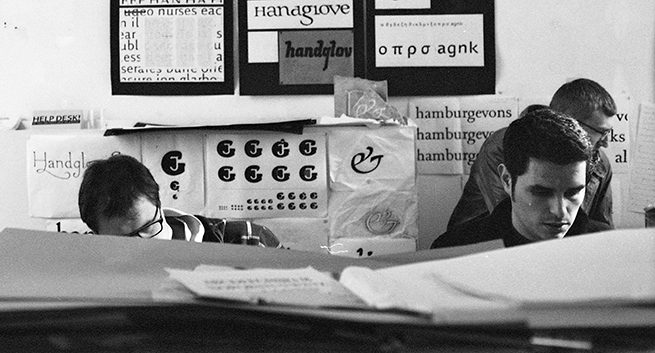 With students at the Royal Academy in The Hague. Photo by Tânia Raposo.

Who made it possible

This was an amazing experience for me. I could have never imagined how much it taught me and made me grow, both professionally and personally. It was no doubt a lot of work, but I would do it again in a heartbeat. My only regret was not being able to teach for the classes of 2009. Because one of the things I most learned to cherish over the years was meeting all of these soon-to-be colleagues of the font industry. So my first acknowledgement goes to the students. Thank you for listening, for being so patient, and for challenging me with your questions.

Next, I’d like to thank the institutions –the Department of Typography & Graphic Communication at the University of Reading, the Royal Academy of Art in The Hague, and ZeCraft in Clamart, France – and my hosts in particular: Gerry Leonidas, Erik van Blokland, Petr van Blokland, Paul van der Laan, Jan Willem Stas, Peter Verheul, and Jean François Porchez. Also a special thanks to their spouses – Amy, Maria, Véronique – and their kids, for welcoming me and making me feel at home.

Then a big thank you to my company, Adobe, and especially to my manager, David Lemon. His continued support was (and will remain to be) instrumental to the success of this program.

And last but not least, thank you to my wife, Tiffany, for enduring my absence for extended periods, which sometimes meant being away on her birthday.

I honestly couldn’t have done it without you all.

All yours now Frank. Best of luck!

* Also known as FDK, it’s a set of tools for font development which Adobe uses internally and distributes publicly free of charge.

Type Production Manager at Adobe Typekit. Responsible for devising solutions that get things done. Mostly font developer, but also typeface designer, time permitting. Deeply fascinated by the symbols that represent the spoken word. Hates the cold and thrives in the face of challenge. Chocolate junkie & t-shirt aficionado. @forcebold on Twitter"

Kerning on the Web