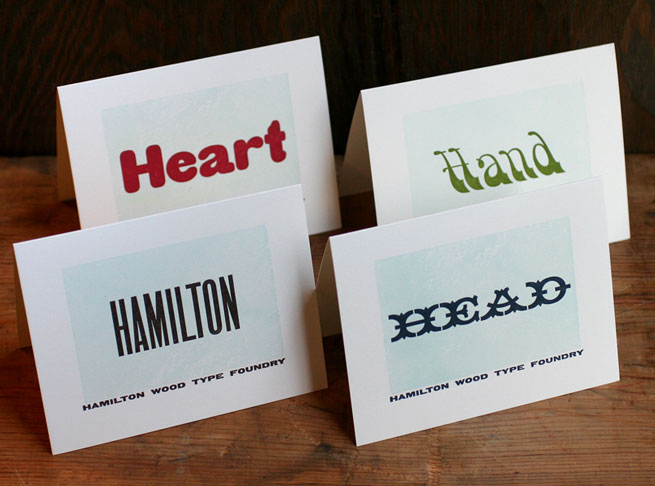 “Everyone can do simple things to make a difference, and every little bit really does count.”

In late August, Adobe Type team members Miguel Sousa and Nicole Miñoza met up with Richard Kegler and Carima El-Behairy of P22 type foundry during TypeCon2013 in Portland to discuss the release of HWT Gothic Round. Their mission was twofold: they wanted to do something special to showcase the nearly-lost antique typefaces Miguel and his colleagues Frank Griesshammer and Paul Hunt were digitizing for the Hamilton Wood Type Foundry. Steadfast supporters of the Hamilton Wood Type and Printing Museum, they were determined to increase awareness about the HWT revivals project and its venerable namesake institution.

The quartet knew that, once introduced to the typographic riches housed within the museum, the greater creative community would fall in love with the Hamilton just as they had. Abiding by the mantra that the simple things are often the best things, they came up with a quiet way of spreading the word that would speak volumes.

They settled on the concept of producing a letterpress note card—blank on the inside, with beautiful typography on the front and just a small line of text on the back that would mention the revivals project and point readers to the website to learn more about HWT and the Hamilton Museum. Based on their happy experience at TypeCon, the convivial group figured there could be no better audience for a typographic keepsake than the creatives who would flock in droves to the next big design event in the US: the biennial AIGA conference (held last week in Minneapolis).

With time tight, the production immediately kicked into high gear, and when Nicole saw their vision realized a few weeks later, she was thrilled with the results. The charming cards were designed by Rich Kegler to match the conference theme—HEAD, HEART, HAND—and printed by Jen Farrell of Chicago’s Starshaped Press. Jen also wrote a terrific article unveiling the process of printing the keepsakes.

As Adobe was a presenting sponsor of HHH13 (the event’s Twitter hashtag), there were plenty of HWT cards on hand to distribute at our booth. To no one’s surprise, attendees loved the cards—especially the lucky ones who got inky at the letterpress workshop led by the Hamilton’s fabulous Moran Brothers and hosted by Studio on Fire in Minneapolis.

And now, for a close-up of the lovingly letterpressed keepsakes: 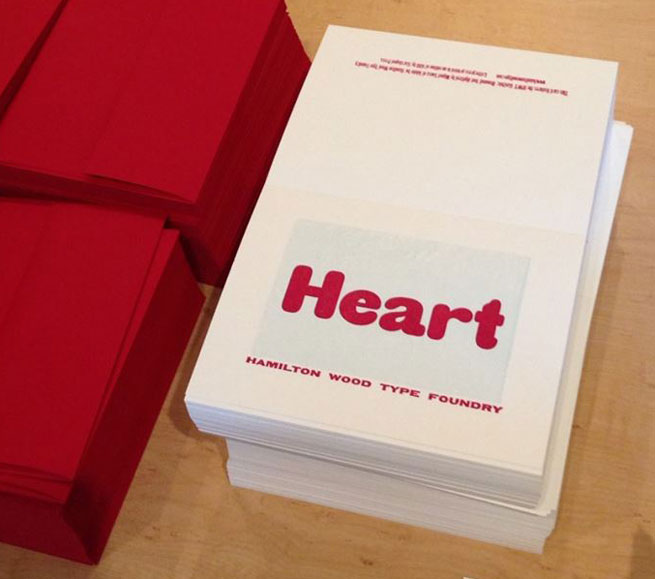 HWT Gothic Round (digitized by Miguel Sousa, released in October 2013) 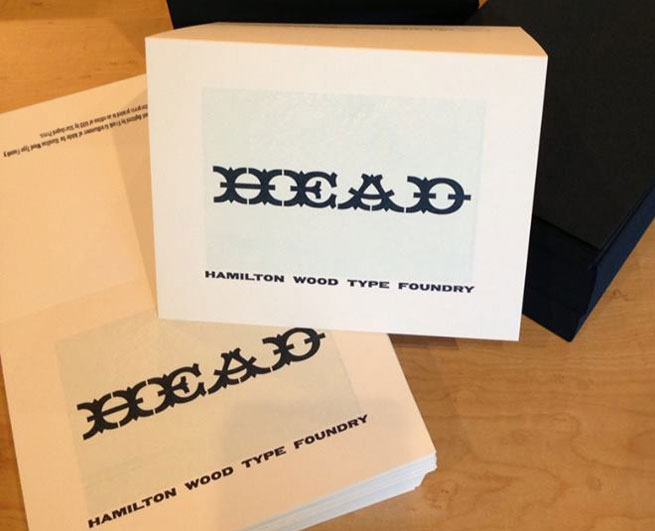 HWT Tuscan Extended (digitized by Frank Griesshammer, to be released in late 2013) 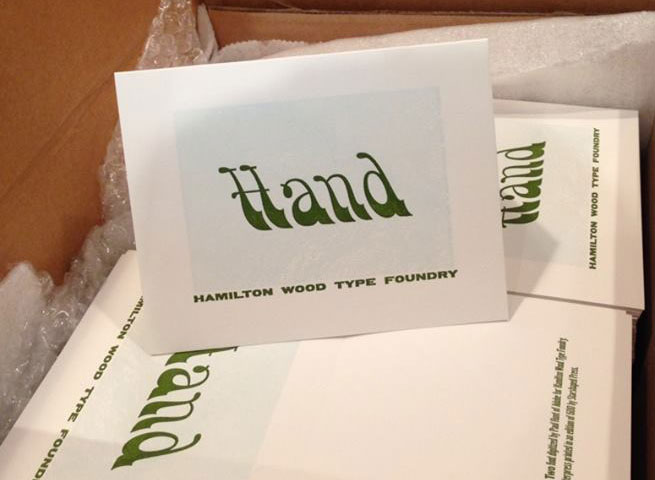 HWT Bulletin Script Two (digitized by Paul Hunt, to be released in early 2014) 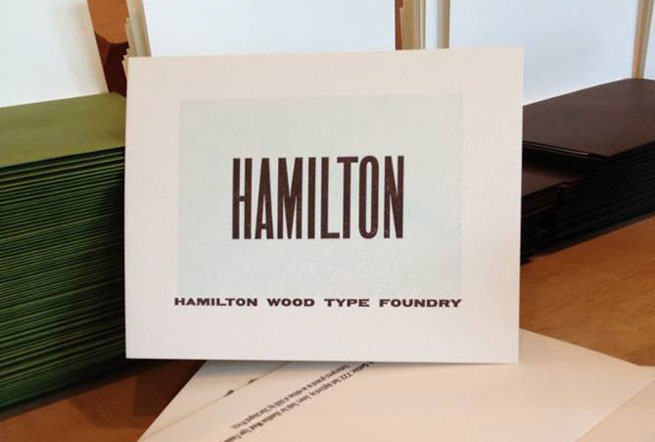 A humble plea to our dear readers: If you received the HWT note cards at AIGA, help us fight the good fight. Pass one along to a friend or colleague who might not already know about the Hamilton, and encourage them to support this amazing resource!

Stay tuned for more adventures in wood type as Frank and Paul prepare their HWT fonts for release. Find out more about the revivals project at www.hamiltonwoodtype.com.

Take it from Dr. Knuth: “The world of type is in good hands.”