When we released Source Han Sans in 2014, the news made a huge impact among the millions of people who rely on Pan-CJK typefaces for their day-to-day work. Today we’re delighted to announce the release of its serif counterpart, Source Han Serif. 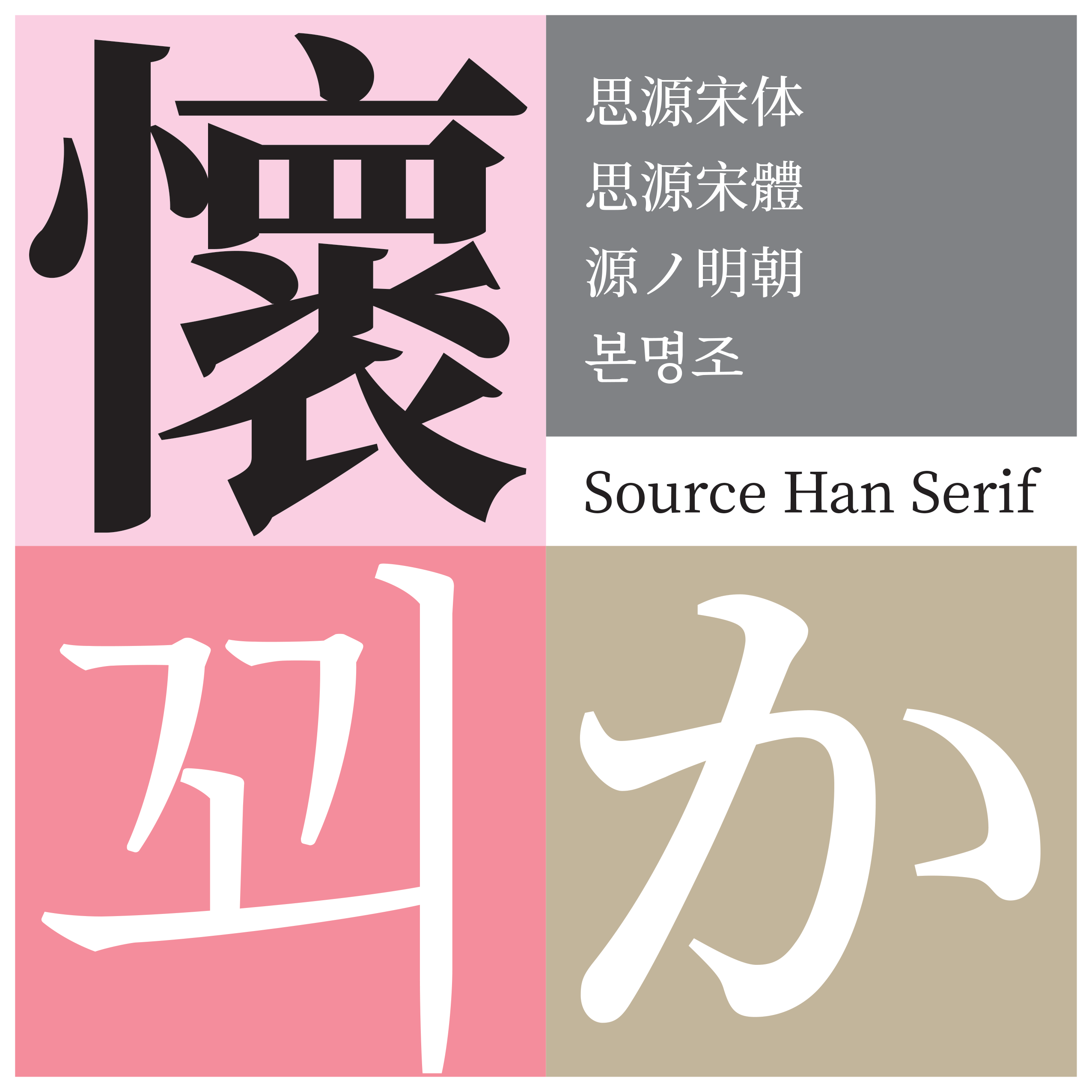 Both of these typefaces support Chinese Traditional, Chinese Standard, Japanese, and Korean languages, and also provide Latin, Greek, and Cyrillic character support. In short, these are among the most extensive typefaces we offer at Adobe, with tens of thousands of glyphs, and an effort like this would not have been realized without the support we got from our partners: Google (read their announcement here), Iwata, Sandoll Communications, and Changzhou SinoType.

You’ll find the Source Han Serif fonts on Typekit for web and sync use, and the open-source font files are also available on GitHub.

See our Source Han Serif landing page for full details about the typeface and to learn more about the collaboration behind it. More language options below!