Strengthening the fabric of digital communications: Support the Unicode Consortium

Meet the Unicode Consortium. Adobe has maintained a close relationship with this organization since shortly after its foundation in 1991. Ken Lunde has been involved with the Unicode Technical Committee for the past twenty years, and as of this year I’ve had the honor of joining the consortium’s board of directors. We’re invested in the work they do, and we’ve made a commitment to continue supporting them. You can, too, with their Adopt-A-Character campaign.

Unicode is the world’s most inclusive character set, an encoding system that endeavors to support literally every character used in human communication around the entire planet, so that people writing in any language can communicate. The people comprising the Unicode Consortium are dedicated to making this a reality, which means they have a lot of work ahead of them.

The consortium is non-profit, and the fees associated with becoming a full voting member (as Adobe is, and Microsoft and Google, among other tech and telecommunications groups) go towards the operating expenses of the small staff charged with maintaining the standard and making it publicly available.

Anytime a new platform emerges — from cell phones to car displays — its developers can greatly improve its interoperability with other platforms by building in support for the Unicode character set. When people find that they can’t compose documents in the scripts of their native language, as was the case with Cherokee until 1999, the consortium is tasked with assigning the yet-unencoded characters to their own unique Unicode values so that they officially become part of the standard. And when suddenly the burrito emoji is all the rage but you can’t text it from your phone… you know who to call.

The problem is, the consortium is small. And global communications have grown way faster than it can keep up with. So we at Typekit are amplifying the Unicode cause and we hope others in the creative digital community will join us.

The Adopt-a-Character campaign is one of the best and simplest ways to throw a little weight towards the task of strengthening the fabric of digital communications. We’ve grabbed one of our favorites (the ampersand) and support it at the gold level, and we look forward to celebrating others’ picks as the campaign gains momentum. 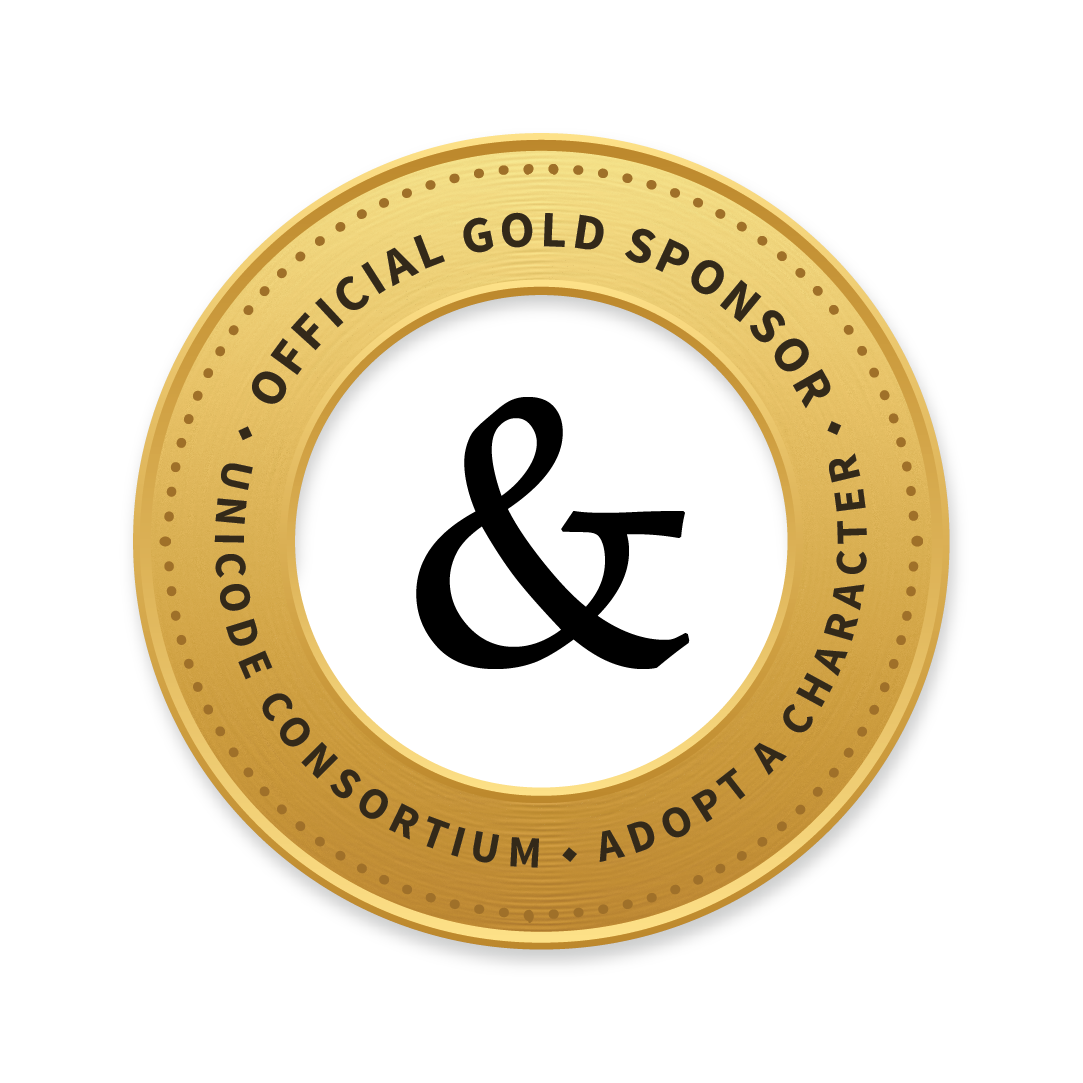 When you choose a character you’d like to support and make your pledge, you’ll get the satisfaction of knowing you’ve contributed towards making digital space slightly more inclusive — as well as a nifty custom-made badge you can toss on any websites or online profiles where you sport your flair. Our talented designer Jake Giltsoff put these together on behalf of the consortium, and it’s an easy way to show (and hopefully spread!) awareness of the importance of digital infrastructure — all the way down to the scripts it supports.